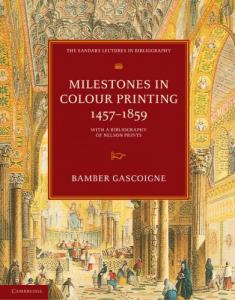 Not much to add to this, except to note that the Google settlement is still no closer to becoming a reality…

With Google’s interest in ebooks apparently on the wane, might successful e-publishers step into the breach?

The announcement last week of Bloomsbury’s new venture, Bloomsbury Reader, will have prompted a few nods of recognition here at Cambridge University Press.

For anyone who missed the news, Bloomsbury’s new imprint will from September republish 500 out-of-print titles both as ebooks and through print-on-demand. These will be titles whose rights have reverted to their authors (or, where the author has died, to the author’s estate); they will mostly be books not originally published by Bloomsbury. Authors mentioned in the press release include novelists Ivy Compton-Burnett and V. S. Pritchett, poet Edith Sitwell, and politician-historians Alan Clark and Roy Jenkins.

The nods of recognition at Cambridge will be because our own Cambridge Library Collection also launched two years ago with nearly 500 out-of-print titles not originally published by the Press. A partnership between the Press and the Cambridge University Library, the CLC aimed to make books of “enduring scholarly value” available to a much wider audience than could access the few physical copies that remained in libraries. Two years on, the Collection is about to celebrate its 3000th title, with future publications including Conan Doyle’s notorious History of Spiritualism (1926) and the complete works (in 22 volumes!) of Roman philosopher-surgeon-physician Galen.

When the CLC began two years ago, it was under the shadow of Google’s massive and seemingly indiscriminate digitising of university library collections, and doubts were expressed as to whether any publisher-led project could ever hope to compete with such a large-scale, well-funded endeavour. Today, with the Google settlement seemingly no closer to being resolved, and reports suggesting that the technology giant is quietly preparing to move out of ebooks entirely, the landscape is very different. Now it is publishers, and particularly those who have already successfully embarked upon the process of digitising their own backlists, who are ideally placed to extend their existing conversion projects further.

Bloomsbury’s remarkable success with ebooks has been widely reported, with sales growing eighteen-fold last year. Moreover, this has been achieved – remarkably – without recourse to their prime thaumaturgical asset. Those figures alone would make them an attractive partner for any rights-holder wishing to get their books back into print, even without Bloomsbury’s fine reputation as a top-notch publisher of serious authors. Cambridge’s move into republishing has also derived from a successful experience with its own titles: the “Lazarus project”, which has seen 21,000 titles brought back into print since 1999, first of all via print-on-demand and, latterly, as ebooks too. Titles as diverse as former University Challenge presenter Bamber Gascoigne’s Milestones in Colour Printing and, my personal favourite, G. C. J. Vosmaer’s seminal Bibliography of Sponges, 1551-1913, have been made available once more to a scholarly audience.

Few of these books are best-sellers; few, I suspect, of Bloomsbury’s reprints will outsell their prize-winning front-list titles. But what’s important about both ventures is that they show ostensibly conventional publishers using new technologies to extend their traditional activity of finding what is good and making it widely available. And in a world where publishers’ value is increasingly contested, that may prove to be important.

Originally written for FutureBook on 1 June 2011